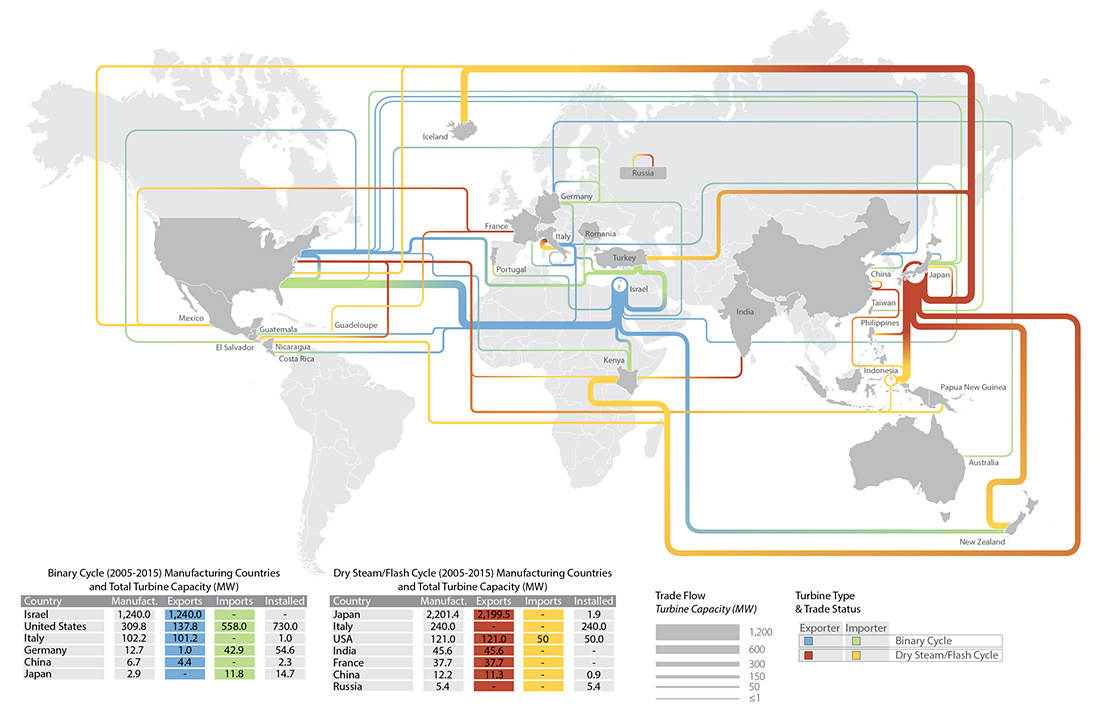 Although the new power plants were mostly binary cycle, the greatest share of new capacity (49.5%) was in flash cycle plants. The capacity share of binary cycle and dry steam turbines was 38.7% and 11.8% respectively.

The market for geothermal technology is expected to continue growing and reach about 18.4 GW by 2021. Based on developing projects and forecasts, there will be high demand for a diverse mix of geothermal turbine types from Europe and the United States, East Africa, South East Asia and the South Pacific.