Lithium Ion batteries are made of more than just lithium. In lithium ion batteries, a commonly used cathode is NMC—lithium nickel manganese cobalt oxide powder—while graphite is a commonly used anode. Mining of these materials is concentrated in just a handful of countries. In 2015, 32 countries accounted for all global production of these elements, with 50% of production originating in one or two countries for all but one element. 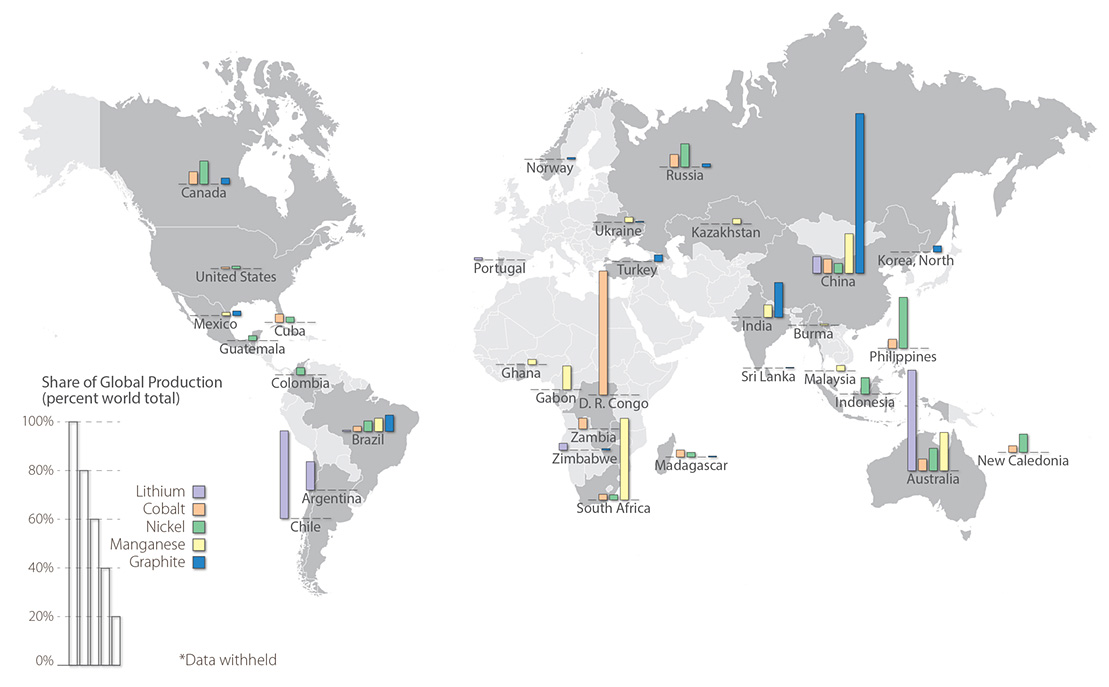 In 2015, 120,000 metric tons of cobalt was produced globally, with over 50% coming from the Democratic Republic of Congo. China accounted for 66% of the 1.2 million tons of natural graphite produced globally. Lithium extraction was concentrated in Australia (41%) and Chile (36%), with global production totaling 32,000 tons. Nineteen thousand tons of Manganese was extracted primarily in South Africa (34%), China (16%) and Australia (16%). Global nickel production totaled 2.5 million tons, with the Philippines accounting for 21%, while Canada, Russia, and Australia each accounted for 9% of the total.

While these elements are critical for electric and hybrid electric vehicle (xEV) battery manufacturing, automotive batteries do not constitute the majority end use of any of these elements. Based on estimated battery designs and 2015 xEV sales figures, approximately 4% of lithium, 2% of cobalt, <1% of nickel, 16% of manganese, and 1% of graphite produced in 2015 was used for xEV battery manufacturing.

Current reserves of these elements continue to change as known deposits are depleted, and as new ones are discovered. These reserves are also based on economically extractable resources — driven by markets and technology. For all these elements, 2015 mining production represented less than 3% of estimated reserves.

These results are the early findings of our latest CEMAC study on the manufacturing value chains of automotive lithium ion batteries, an essential part of the transition to a clean energy economy. This work is a follow-up to CEMAC's 2015 study and our recent report on lithium-ion battery cells. We plan to publish an update to this study with a more comprehensive look at upstream and downstream manufacturing considerations in late 2016. 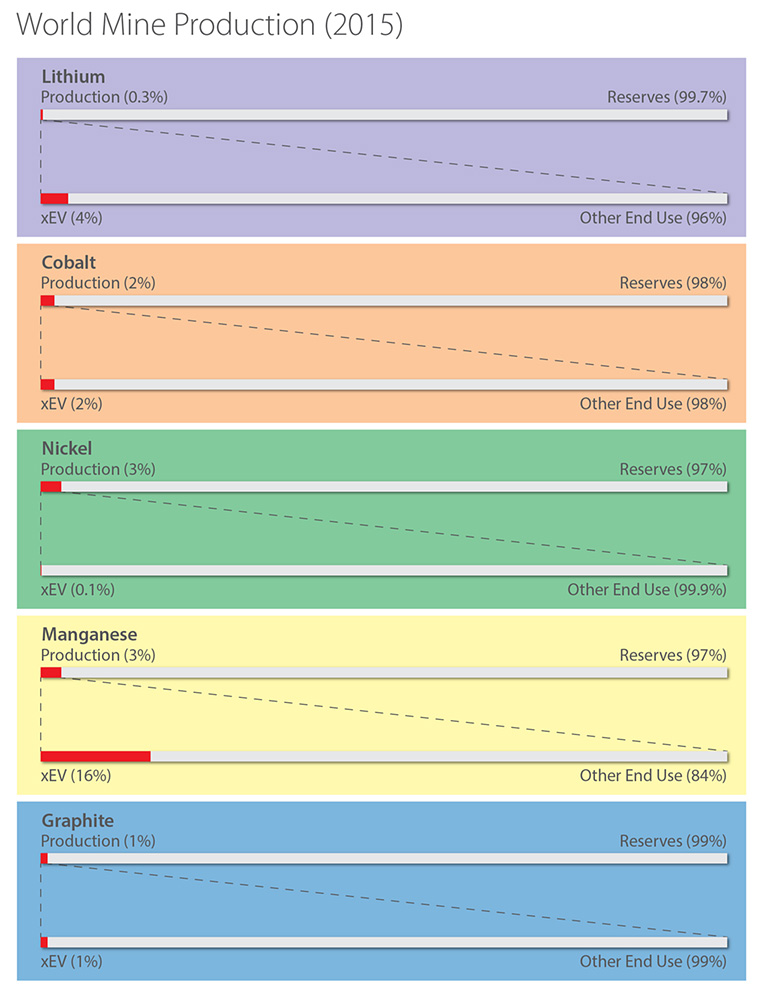